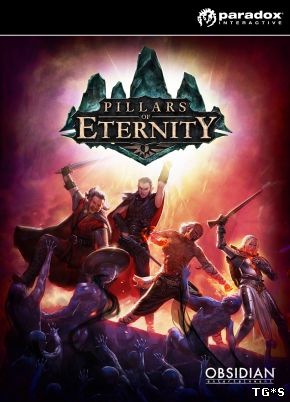 - AoE indicators should now properly resize if the caster has a sub 10 Intellect score.
- Fixed an issue with over-time aura spells not applying the correct value on the final tick.
- Knock Down will now correctly be applied for the full duration of the effect.
- Mantle of The Dying Boar will now trigger at 33% Endurance with the effect of 5 Endurance a tick.
- Talisman of the Unconquerable will now give a 1.25 Focus multiplier instead of .25.
- Blooded should trigger properly in all cases now.
- Boar Animal Companion bonus damage should now work as intended.
- Prone Reduction mod should now work correctly.

- Fixed Aloth and Kana speaking when they weren't in the party in one of the last levels.
- Sagani's fox-specific banters now require the appropriate items in the player inventory.
- Falanroed's dialogue no longer displays a node.
- Durance will now properly discuss your dream with you if you've already discussed his staff.
- Relaxed some constraints on Durance's quest conversation. This allows all characters, regardless of background or stats, to finish his quest.
- Players can now loot the nest in Oldsong.
- Fixed an invalid conditional check in one of Pallegina's conversations.
- Heritage Hill tower will be fully revealed when exploring the map.
- Fixed spawn issue in a ed interaction near the end of the game.
- Fixed an invalid creature spawn in the Ogre Lair in Od Nua.
- Sagani no longer references the antagonist by name before you know it.
- A container in the Catacombs of Od Nua will now remember if it was looted.
- The "Master's Tools" quest will now work if you have the required items before starting the quest.
- The "A Two Story Job" ed interaction will not require a second grappling hook to climb down from the window if one was already used to climb up.

- Fix for camera movement problems when the game is paused or in a cutscene.
- Fix to retroactively restore party movement in saves that display movement speed problems.
- Made some fixes to movement speed problems that were being reported (e.g. Boots of Speed).
- Fixed stacking health problems with the gul's "Vomit Blood" ability. This fix should retroactively fix your saved games.
- Optimized Save/Load game system for better performance.
- Optimized how scene transitions are handled for better memory usage on 32-bit machines. This may allow players to transition to new areas without running out of memory.
- Sound Sets from hired companions will now be properly restored when adding them to the party from the stronghold.
- "All Stronghold Upgrades" achievement now checks 25 upgrades instead of 26. This will properly reward the achievement if you already have fully upgraded your stronghold.
- The "Kill All Dragons" achievement will now properly fire if they are killed indirectly (like by a trap). This is a retroactive fix and will be rewarded if the dragons are already dead.
- Fixed issue where store prices were getting exceptionally large after receiving a discount.
- Fixed issues with gaining infinite XP from bad Stronghold data.
- World time will not get very large in some cases after Save/Load.
- Modelling offset with Durance's head has been adjusted.
- Icon scale is now correct on Hearth Harvest and Reghar Konnek.
- All shaders will now compile properly under DirectX 11.
- Restored all the missing effects in the intro cutscene.
- Removed Blunderbuss item from an early game loot table.
- Changed the cursor type on the blood pool in the Temple of Skaen to conversation.
- Fixed a few save game issues with dead summoned creatures.
- Fixed issue where occasionally a crash would occur when initializing the Steam API.
- Draggable windows are now handled properly when running at very high resolutions.
- Swamp Lurker's animation won't spaz anymore when the game is paused.
- Fixed an issue to prevent binding mouse buttons to window controls.
- Game will now pause if you Alt-Tab during a cutscene in full screen mode.
- Audio will now resume properly if the game loses focus.
- Fixed an issue with infinite load screen if you transition while hovering over a container.
- Characters will now wait for their idle animation before trying to reload which fixes an animation sync issue.
- Damaged characters performing AoE attacks will not overload their AI state stacks anymore.

бонусы предзаказа Royal Edition and Kickstarter Bonuses
состав
Digital Novella by Chris Avellone:
A digital novella that focus on the backstory of some of the more interesting characters that players may encounter over the course of their travels in Pillars of Eternity.

Collector’s Book PDF:
Digital version of the book that is being published by Dark Horse. It contains lots of information and art on the setting, story, and creatures of Pillars of Eternity. 112 pages.

Hi-res Concept Art pieces:
High resolution pieces of our concept art. Contains everything from concepts of areas and creatures to props and mood pieces.

Digital Strategy Guide:
Digital version of our strategy guide from Prima penned by the same writer of the Fallout: New Vegas guide. Contains all the information players will need to master Pillars of Eternity and reveal all of the content available.

Digital Original Soundtrack:
This soundtrack contains many of the game's music tracks performed by a live orchestra.Contains at least 17 tracks in MP3 and FLAC formats

Digital Campaign Almanac:
The Campaign Almanac contains everything related to the lore, history, and world of Eora as originally told by Hylsman Horag and revised by the Hand Occult. The 35 page almanac has commentary provided by a variety of authors and is an engrossing read for anyone keen to delve deeper into the world of the Pillars of Eternity.

Making of Documentary:
A video documentary of the entire Pillars of Eternity development process - from beginning to end. Includes commentary from the developers and behind the scenes footage of game shows and events.

Digital Hi-res Game Map:
A high resolution map of Eora's Eastern Reach. Details include locations that players will be traveling to and locations that they may be seen in future Pillars of Eternity products.