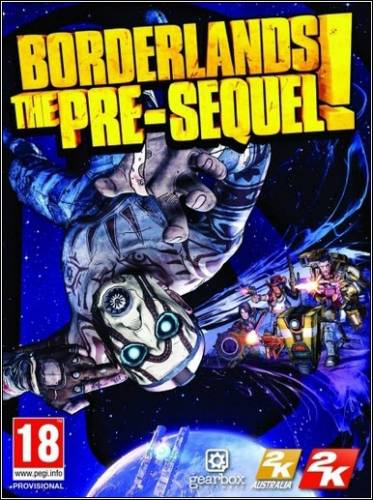 The following bosses will now respawn when a player exits and re-enters a map:

(Note: Col. Zarpedon's loot pool has been added to the Sentinel since Zarpedon cannot respawn.)

Adds support for upcoming downloadable content.
Top tier SDU upgrades can now be purchased and will no longer disappear after ending a session.
Added support for Nvidia Surround
Fixed an issue where certain sound effects could fail to play.
Addresses an issue where certain skills were not being correctly modified by class mods.
Fixed an issue where certain customizations would not be dropped in-game.
Col. Zarpedon's loot pool can now be dropped from the Sentinel since Zarpedon cannot respawn.
Addressed a rare issue where Wilhelm's robotic voice failed to replicate for clients.
Users will no longer experience a rare crash while listening to ECHO recordings in Serenity's Waste.
Players will no longer receive an "All Players Needed" message after using Digi-Jacks in a single player game.
Stopped the "All Players Needed" message from appearing if a player goes back to the entrance of Deadlift's lair.
Increased the rate at which the game checks to see if the player is looking at a usable object.
Various CPU performance optimizations.
Fixed an issue where grinding 3x purple items could result in a crash.
The grinder can now produce items above level 50 in Normal and True Vault Hunter modes.
Fixed an issue where the trophy "I Welcome Your Attack, Fool" could fail to unlock.
Sterwin will no longer die from Guardian attacks during the "Sterwin Forever" mission.
Fixed an issue where weapons could lose functionality after Claptrap's "Meat Unicycle" action package expired.
Aurelia players will no longer crash after joining a game hosted by a player playing as the Doppelganger.
Cleaned up graphical oddities that occurred after shooting certain frozen enemies.
Players can no longer use moonstones to grind 3x very rare (purple) items unless they are class mods.
Players will no longer retain "slowed" state when taking cryo damage from multiple sources.
Jack's Indistinguishable Projection class mod texture now appears correctly when viewed in inventory.
Players will no longer get stuck after saving and quitting during the "Science and Violence" mission.
The Chronicler of Elpis class mod will now show all of its Freeze Chance and Shield Capacity bonuses on the item card.
Fixed an issue where the player could lose weapon functionality if entering “Fight for Your Life” while the “Medi-bot” action package is active.
Improved stability when playing the “Digistructed Madness” missions in the Holodome DLC.
Fixed a possible progression blocker in the mission “A New Direction".
Fixed an issue where Dr. Spara’s dialogue was inaudible for clients.
Wilhelm’s ShockAbsorber footstep audio can now be heard by online clients.
Fixed an issue where Hanna would react erratically for client players after death in the mission “Don’t Shoot the Messenger”.
Fixed an issue where Eghood’s dialogue could play after he had been killed.
Addressed a possible progression blocker in the Holodome DLC that could occur when client players save and quit.
Kills made by Digi-Jacks now count toward the increased action skill duration of the skill “Best Foot Forward”.
Fixed a Doppelganger issue where the player could still fire his/her weapon while entering the “Fight for Your Life” animation.
Reduced frequency of “critical hit” callout audio.
The challenge “Big Game Hunt” will now only increment once for each kraggon killed.
Jack's Indistinguishable Projection Class Mod will now correctly increase his slam damage.
Addressed a rare issue where the Host player could be invisible for clients.
Updated an improper texture on the “Smasher” loyalty reward pistol.
Addressed a rare crash that could occur when fighting Flame Knuckle.

The Doppelganger will now get the appropriate amount of free grenades while airborne with a Bomber Oz kit equipped.
The Doppelganger's Projection class mod will now provide the correct gun damage bonus.
Aurelia’s “Privileged” class mod will now apply the correct reload speed bonus.
Fire rate and reload speed bonuses from Aurelia’s “Privileged” class mod will now properly apply when the mod is equipped from the backpack.
Bonus sniper rifle damage from Aurelia’s “Big Game Hunter” will now properly apply when the mod is equipped from the backpack.
A bullet will no longer be added to the currently equipped weapon when a player with Aurelia’s Silver Lining skill kills an enemy with a melee critical hit.
Chronicler of Elpis class mod now displays the correct shield capacity increase on its item card.
Aurelia’s “High Definition” class mod will now properly apply its gun damage bonus when the mod is equipped from the backpack.
Jack's Indistinguishable Projection class mod description now correctly indicates that the damage bonus only applies to Hyperion guns.
The geyser will now fire automatically when Iwajira is killed.
Added the Hail assault rifle to Iwajira's loot pool.
Addressed certain "Cult of the Vault" symbols not displaying properly for clients.
Adjusted Flying Sera Guardian enemies to properly award experience, activate skills and trigger second wind upon defeat.
Fixed a bug that allowed Nisha to dual wield weapons that weren't pistols.
Addressed an issue where some types of ice damage were being incorrectly resisted.
The Rosie's continuous damage bonus has been reduced.
Miss Moxxi's Probe's lifesteal bonus and critical modifiers have been reduced.
Fixed an issue where the “Building a Robot Army” mission could fail to advance at the “Destroy Powersuits” objective.
The Hellfire, Magma, and Hail splash damage DoT status effect will now tick for the correct amount of damage.
Players can now discover the ‘Cult of the Vault’ symbol in Titan Robot Production Plant.
'Tread Carefully' challenge - Players can now successfully complete the challenge by destroying five power suits without triggering any power cores.
'Death from Above' challenge - Players will now be alerted that they have unlocked a customization head after completing tier five of the challenge.
The effective range of the ‘Blaster’ and ‘Spitter’ type laser guns has been increased.
The Holodome overchargable jump pad will now be able to be overcharged if the player shoots the overcharger before activating the optional jump pads.

Fixed an issue where the bridge could disappear after the “Cross bridge” objective is completed in the mission “Cluster 00773 P4ND0R4”.
Improved performance for the host player in an online game when engaging in combat during “Cluster 99002 0V3RL00K” .
Fixed a progression blocker when the player allows multiple viruses to attack the firewall during “The Psychology of A Claptrap” mission.
Character audio will no longer go silent after killing Shadow Trap.